A Last Message from a Geezer Pedestrian 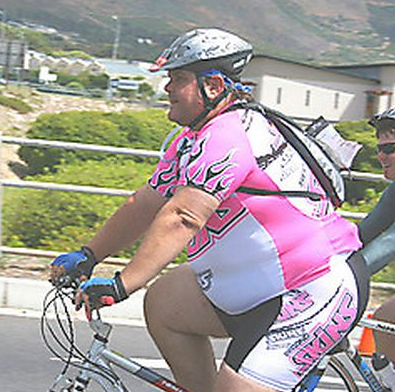 To be perfectly clear, I am not painting the entire bicycling community with this paintbrush—only the arm that wields political clout. Much the way Germans of nationalist sympathies between the years of 1935 and 1945 could not be said to all be Nazis, not every innocent man or woman riding a two wheeler in Minneapolis is a member of BUFO. The reality, though, is that BUFO is where the power lies within the subculture, and it now threatens to symbolize bicyclists everywhere in the Minneapolis metro area.

It started innocently enough, and with noble intent. Bicycling in the early days was seen as a healthy lifestyle, both for individuals and for the environment. It burned no fossil fuels, and in a city already known for healthy lifestyle, a burgeoning bicycle culture was as a source of pride. For a city with frigid winters to have practitioners cycling madly away in the dead of January, it was a source of substantial pride. Anybody can bike in Santa Monica, CA. It takes a special place for such a culture to arise in frigid Minneapolis,

For a long while we were lulled into complacency as a city as BUFO took hold. All of us, even devoted automobile drivers and pizza eaters, felt some pride whenever USA Today or Shape magazine proclaimed us  as a bike-friendly and oh-so-healthy.

Gradually, though, more and more green grassy parklands began to be paved over with 6-foot wide paved bike lanes; regional parks where hiking had been the norm were converted into either mountain-bike pathways or paved recreational bike trails; whole city streets lost entire paved lanes to exclusive use by the bikes; pedestrian sidewalks were consumed by bike lanes;  and yet nothing was enough. The BUFO bicyclist lobby demanded more and more.

Today, many of the major one-way thoroughfares in and out of downtown all have 30% of their space devoted to bicycle traffic that is laughably sparse. By one recent audit, a major street that gets 500 automobiles per hour in rush hour traffic sees only 6 bicycles in that time frame. Yet not only does that street devote 40% of its surface area to bicycle-only lanes, but the BUFO force is steadily demanding that more space be carved away to their diabolical juggernaut. At this very moment, an intense debate is underway for adding yet another major bike street—in a location exactly two blocks away from a current one.

Our bicyclist community (or at least the BUFO core), now legitimately believes that it owes no responsibility to follow traffic laws. They routinely ignore stop lights and stop signs, and weave in and out of traffic lanes in a manner that would get an automobile drive stopped and breath-alized. In those instances where near misses occur between bike and car because a biker has run through another red light, you can be guaranteed that he will shake his little fist and curse you loudly. 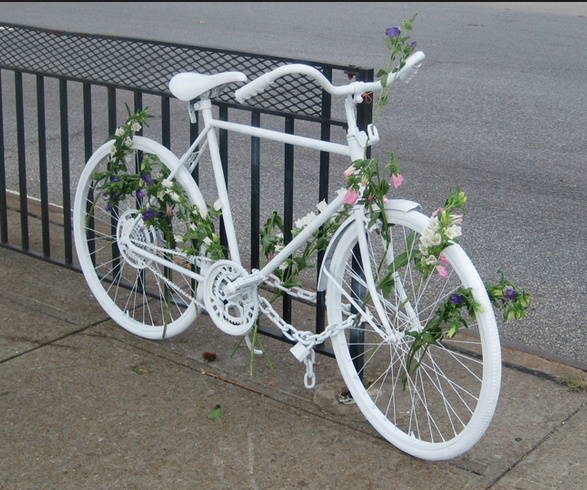 So effective is the propaganda machine that when a fatality occurs, BUFO once again trots out imaginary statistics that proclaim that 99.9% of the time bike-car accidents are the fault of the motorist. This is utter nonsense as any new car driver to the city will verify. A colleague new to our city told me recently that he had never seen a place where more aggressive, arrogant, and self-entitled bicyclists existed. Yet that statistic—that cars are at fault virtually all the time—is now taken as conventional wisdom that cannot be challenged.

When bicyclist is killed in a car accident in Minneapolis, a national day of mourning ensues. His BUFO brethren very often erect a memorial on the spot, in the form of a painted "ghost bike" that draws attention to the tragedy. This despite the fact that there's a very likely chance the bike rider died while adjusting his headphones with one hand, sending a text message with the other, while staring high into the trees to identify another bird species on his lifetime watch list. While running a red light. 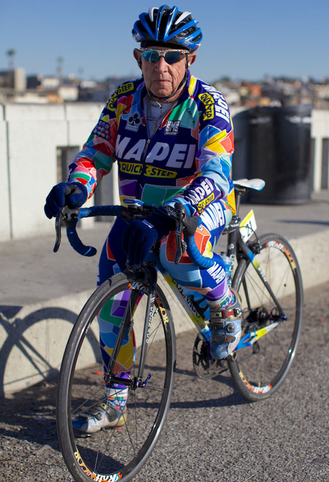 BUFO party members now have official uniforms, in the way of spandex biking shorts and colorful shirts printed with the names of famous bike racing personalities. The echo of young neo-nazis wearing Hitler tee-shirts is striking. The absurdity of this seems lost on all, but it makes it clear that this is a political movement. What other reason could there be for a routine bicycle commuter to dress like Lance Armstrong?  What would the reaction be if I were to don a NASCAR racing suit every time I climbed into my Mazda to run to Home Depot for garden supplies?  I would of course be jeered, yet my 50-year-old colleague can arrive at the office dressed as Tour de France racer #2045, with black bike shorts squeezing his prostate into oblivion, yet no one dare make comic fun of him.

Completely lost in the current political/cultural environment are the rights and needs of a group that has now all the dignity of Kurdish shop-owners in Sadaam Hussein's Bagdad—the lowly pedestrian. Long the victim of motorists who view pedestrians as passenger pigeons to be harvested for sport, the Minneapolis pedestrian now is being routinely hunted by bicyclists, as well. A pedestrian waiting at a corner for a walk sign can routinely expect to have a bicyclist shout at him angrily to get out of the way so he can plow through on the sidewalk against the traffic light. Yesterday on the way back from lunch, I crossed an intersection lawfully in a crosswalk when a bicyclist, crossing at 90-degrees against the red light and against the pedestrian "walk" sign, pushed me in the back of the head because I had failed to yield the right-of-way to his lawlessness.

Hold a place in your hearts for the recreational bicyclist of yore. Maintain a soft spot for the traditional pedestrian. Soon they shall be forgotten.


Editor's note:  The BUFO does not exist, at least in not any official way. That detail is fictional.   But that single invented fact is the only thing hyperbolic in the entire essay printed here.
Posted by The Geezers at 12:48 PM