Saturday in the Countryside 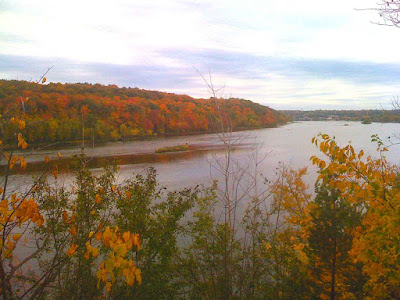 I'm a country boy who is now perfectly at home in the city, but one drawback of the city is that it encourages you to dwell mostly in your head. By the end of last week, I was checking my 401K balances twice a day, and was fuming about lies being spoken by political candidates. Then I suddenly awoke and realized that I had been deluded into believing that the stock market was a real thing rather than a useful fiction created by greedy people, that politics is meaningful, and I knew it was time to hit the country.

Minnesota is a fabulous place, because you are never more than a few minutes from genuine, unspoiled countryside. State Parks, National Forests and Parks, State Wildlife preserves abound in these parts —there are more than 200 in Minnesota. I live in the heart of Minneapolis, but six miles from my house is Fort Snelling State Park, where there are 20 miles of trails meandering along the Minnesota River Valley flood plain. Even in the middle of the city, you can sometimes see whitetail deer, coyotes, fox, and wild turkey. 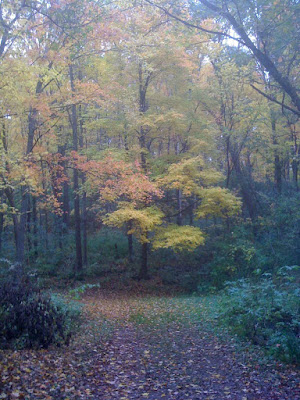 This weekend, it was William O'Brien State Park that was my destination. O'Brien is located about 30 miles northwest of Minneapolis, on the river bluffs of the St. Croix river that forms the border of Minnesota and Wisconsin. This part of Minnesota is unique, in that it is one of the few areas of the Midwest that were not scoured by glaciers during the last ice age. As a result, it is filled with limestone bluffs of prehistoric vintage. Driving through this part of Minnesota, you are reminded of the segments of France where neanderthals created the famous cave paintings—that's how old the landscape is. 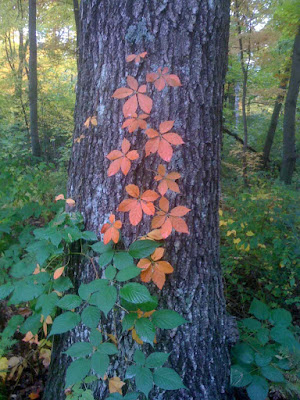 It's a little-known secret that appreciating natural landscapes is best done on cloudy, even rainy days. While sunny autumn days have more brilliant colors, the muted pallet of a rainy autumn day is artistic in a way that defies description. You see more on a misty day, where subtlety reigns. 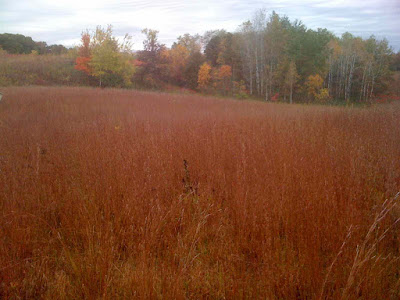 It has been a late fall here in Minnesota, and as a result the autumn colors, even at this late date, are a mixture of many shades of green along with the yellows and reds and oranges of traditional fall. The forests here are a mixture of conifers and hardwoods, but the predominant species are birch, oak, maple and ash, which means that reds, yellows and oranges are the predominant colors. The most vibrant color now, though, comes from the grape ivy creeping up the sides of trees, and the sumac that fills the transition zones between the hardwood forests and the open prairies that cover the tops of the hills.

The woods were pretty much deserted; campgrounds were empty, and I passed only two other hikers all day long. It was ideal, because solitude is what most restores my spirit. It not really much of a hike, at least the way I would have defined it 10 or 20 years ago, because the tails are wide and smooth and well groomed, and not all that demanding. Still, when I tallied up the distances between checkpoints on the map at the end of the day, I found that I had put in a good 6 miles of strong up and down walking, punctuated by lengthy stretches spend sitting and meditating. 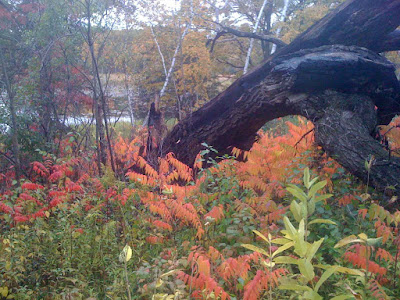 That night, soothing pleasantly tired legs in front of the fireplace as I ate homemade chili, I realized that the day's prescription had pretty much cured my current ailment.

For the moment, anyway, I didn't give a damn about the stock market, or about mayoral politics.