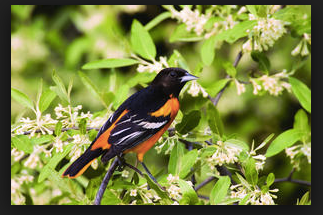 Early Sunday morning, my dad and I sit in the living room and watch the swarms of prairie birds swarm around his feeders outside the picture window. The nectar that attracts these flocks to the yard is, believe it or not, large dishes on the top of the fence,heaped with mounds of ordinary grape jelly, which my Dad buys in huge tubs at the Cosco store in Brookings SD. I can't imagine that true bird experts would see this as good nutrition for birds, but it makes Dad happy to see these flocks, and frankly I find it pretty amazing, too.

We've made it through all the difficult estate planning issues the day before, when I was pleased to find Dad's  comprehension pretty intact. He asks perceptive, sharp questions, even though he occasionally forgets some of the things we've talked about just a few minutes earlier. The new oxygen dispensing pump doesn't have the annoying click of the old one, and now that we're done with the issues I've been dreading, the visit is relaxed. I find myself considering the oddities of the rural Midwest culture as we comfortably watch the birds outside.

We're also watching the series of half-hour morning programs on television as we drink coffee and watch the birds. We're only a couple hundred miles west of Minneapolis, a relatively modern little city that lies at the top of the Mississippi bluff country valleys, but the feeling of this area is light years different. South Dakota is literally visible from the house, and we're in the dead center of the massive wheat and corn belt that runs all the way from Texas to Canada. Some of these farms are more like ranches, with spreads of 1,000 or 2,000 acres. Agriculture and fundamental ethics are the heart of the region. In this part of the world, the half hour Sunday TV programs alternate: a evangelical Christian program for 30 minutes, then a half hour of farming information for the owners of the big grain farms in the area, then back to the Bible-banging.

In the first Christian program, viewers call in to ask trivia questions regarding the Bible.  "So what are exactly are the demons that come to visit people in the old testament?"  asks one viewer the host, a fellow with carefully slicked-back hair and a suit of the style we used to call a "leisure."

Now, with my more or less broad education, I have come to view the Bible and other religious texts as folk literature that offer allegories articulating some aspect of the human experience. For example, I see the idea of "demons" as symbolic of some human mental disturbance.  Such a story of demons is an ancient fable, in other words, that refers to what we would now call depression or pyschosis.

The next program is for farmers, in which incredibly sophisticated soil chemistry is discussed by soil scientists. Today's farmers in this region are remarkably well educated, and the most demanded master's degree programs at South Dakota State university are in agriculture. It can also be among the most lucrative of careers, as successful farmers out here can be quite wealthy indeed. With this farm land now assessed at $7,000 per acre, you can imagine what 1,000 tillable acres is worth. Here, though, that gap between the haves and have-nots is enormous. These counties of Minnesota and South Dakota are among the very poorest, per capita, of any in these states. A lot of the family farms have collapsed because the sheer cost of running the places is so prohibitive. But a few people of great wealth thrive, provided they are landholders of substance. 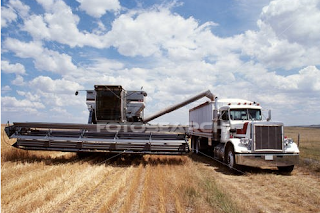 Last night, I met a local entrepeneur who owns a feel of 40 huge, industrial-grade wheat harvesting machines (combines) that he sends out from late March to late November, to work the big fields all the way from northern Texas to Canada. An entirely different form of migrant farm worker. Each of the combines comes with a huge semi-trailer truck to transport it, and each of combine/semi teams comes with the nifty price tag of $600,000. And he owns 40 of them.

After the TV show announces that the "weed of the week" is leafy spurge, a new Christian program starts, this one a ventiloquist who uses a hideous stuffed doll to tell Bible stories to kids. Quite horrifying, but it seems quite ordinary in this culture.

My Dad nods off to sleep now and then, and finally I shut of the TV and simply enjoy the sunny day outside the picture window.  There are literally hundreds of birds at the feeder, meadowlarks, and
Baltimore orioles, and new bird I've not seen before—an orchard oriole. Some things never change: when I was a child, my dad was a dedicated bird-watcher, and in his declining years, it's the one pastime that he can still enjoy in comfort. His other passions were golf and gardening, but both are long since impossible.

In the distance, big electricity-generating wind turbines peek over the prairie horizon. These 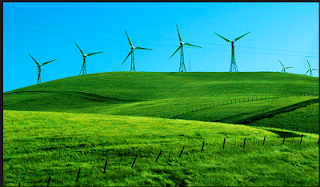 carbon-fiber turbines, with blades 50 or 60 feet long, are state of the art, and the farmers who lease the land on which they're built can earn  $100,000 per year or more in royalties. One of the many advantage of land ownership out here.

On the way out here from Minneapolis, I drove right through one forest of these towers. At the end of the driveway, the farmer owning this high-tech grove of carbon fiber monsters had posted a bill-board with 10 directions for living. The top bullet point says, in letters 2 feet high:  "I am the Lord your God. Ye shall have no other gods before me."

This kind of collision of primitive and modern in Rural American is so common that there's not even any sense of irony when you see it.