Einstein and Other Cool Geezers

—this essay offered by Mercurious, with no warranties that it represents views of the other Geezers, either here or anywhere —

Most rational and reasonable people today would agree that the universe operates on laws and principles of logical cause and effect. This means that whatever the current state of a phenomenon happens to be in this moment, it can only be the natural result of events that came before it, and will in turn be a natural cause of an outcome yet to come. Whatever the current situation is, it came about because of the interaction of various phenomena that came before. We generally agree that we don't live in a magical universe, but one that ultimately makes sense if we only knew enough. Every result has causes. 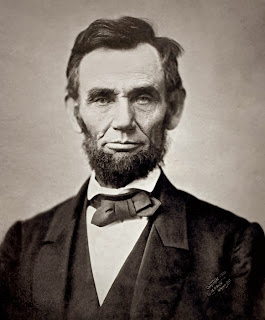 Every moment is a perfect one, in other words, when you consider that this moment can only be the perfectly logical outcome of preceding events. And the history of human cultural and intellectual discovery seems to bear this out: phenomena that we once once found utterly mysterious are gradually shown to have logical explanations. That's the steady progression of human understanding. Nobody thinks the Northern Lights are messages from the gods anymore; we now know it's the effect that occurs when charged particles from the sun hits gaseous molecules in the atmosphere. Note, though, that this doesn't make the Aurora any less magnificent; I, for one, prefer knowing the truth to fearing I'm seeing an evil omen from the gods.

But despite knowing in our heart of hearts that this moment right in front of us is absolutely perfect because its the natural effect of causes, it very often doesn't feel perfect at all. More often than not (and certainly more often than we like to admit), we harbor a vague dissatisfaction, if not outright unhappiness, with the human condition. We suffer, in other words, unable to dwell in the inherent perfection of all things, restlessly "pursuing happiness" that really ought to be self-evident and already present given the logic of natural cause. Even though "right now" is the only logical way things can be, we very often, and absurdly, fume against it. We tend to think if we don't like a situation, it's a wrong situation. In reality, it's the absolutely perfect result of causes.  It's our view point that must be imperfect.

Intuitively, we know that the reason we don't  recognize and dwell permanently in this inherent perfection is because we simply don't understand, because our knowledge is incomplete. The history of human culture can be read in this way: the ongoing attempt to uncover the self-existent truth that will set us free. Whether our method for this is science, or government, or art, or religious mysticism, in the final measure all cultural endeavors really seem to have this as the goal: to make sense of things in a way that free us from this dissatisfaction inherent in the human condition. Artists do it through extensive articulation of the human state, statesman do it through social structure, science does it through linear reason, mysticism does it through inner transcendence. But they all have the same goal: pursuing happiness through understanding.

Note, too, that the different disciplines may come to exactly the same conclusions, just in different ways. Ancient Buddhist mystics understood something about the fluid nature of solid matter well before physicists learned that matter wasn't solid at all, but comprised mostly of empty space that was ever-shifting. Musical artists understood harmonics long before engineers found a way to measure sound waves. 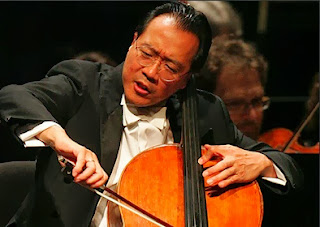 Knowing less about science and government, I'll  turn for a moment to the transcendent strategy for perceiving reality, and specifically to the variety of meditative techniques found in the various religious and mystical traditions. Whether you are a Christian speaking of "meditative prayer" or a new age proponent seeking "travel on the astral plane," just about any spiritual tradition you can point to has among its teachings some techniques for turning inward with the aim of brushing aside the veils that hide the truth. It's no different, really, from what science tries to do with its extraverted form of the quest, or what art tries to do through articulating the various aspects of human experience. They all are trying to see the truth, and thereby happily and permanently recognize the inherent perfection of the universe.

On a purely amateur but fairly serious level, I've studied a great many of these techniques, from Christian to Shamanistic, from native American to forest Buddhism; and I've practiced several techniques at various times. Eventually, I found the most affinity in some of the more esoteric Buddhist meditative practices. These techniques, for all their esoteric nature, are far less alien than the more well known yoga practices where closed eyes, special postures, and controlled breathing techniques are taught. In much of Buddhist meditation, on the contrary, there is no special breathing technique, no closed eyes required, and no special posture other than to sit quietly. Buddhist mediation, in fact, looks pretty Western. 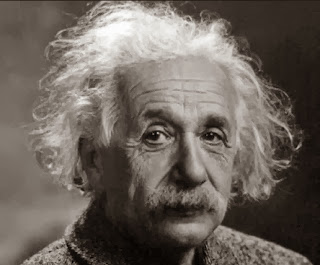 The thrust in the more mystical Buddhist traditions is that there is nothing to accomplish at all, no technique to perfect, no goal to achieve. Meditation is an exercise in just making friends with yourself, whatever that might look like at the moment, accepting inner and outer conditions without judgement or striving. "All things as they are," is the philosophic attitude of this kind of meditation; or alternately "This, too." If there's any effort involved, it's the effort of subtraction, or relinquishment and release of the restless efforts that have been hindering your peace of mind all along. In fact, try too hard, and you'll lose the equanimity you glimpse during those sporadic moments of complete abandonment and surrender.

Practice this way routinely, and certain truths begin to peek at you, especially after you've enjoy a few weeks or months of relaxed practice.  Solid matter does, in fact, start to feel and even look soft and malleable. And "difficult" situations no longer feel like problems, but just entirely workable circumstances with their own collection of materials with which to shape new temporary realities. You become aware that inner mind states, including harsh emotional ones, are entirely without concrete reality; and since mind states are the most ephemeral of conditions, they such don't need to occupy us or command our attention. Best of all, that meditative attitude starts to infiltrate everyday life, so that the same, slightly bemused attitude you experience during meditation now becomes your outlook more and more often.

I'd be utterly disingenuous to suggest that I'm some sort of master of this philosophy. In many ways, I'm still wound way, way too tight, even though the springs are much more relaxed these days than in my florid youth. At best, I get glimpses of this new state occasionally, though the glimpses are vivid enough to know that it's a direction worth heading toward. I am distinctly the happier for moving a wee bit following this compass heading, and it seems to be the course I'm supposed to travel.

And I'd by no means suggest this is what everyone needs to do. One of the great things about this philosophy, in fact, is that it doesn't try to prescribe a method for any one else, but just suggests that you to pay attention to what genuinely works for you and do more of it and less of the other. And it's absolutely true that devotees of science, of art, of statesmanship, can also reach the same glimpse of truth. It's telling, for example, that the many "out there" theoretical physicists wind up talking and teaching in a manner that most closely resembles ancient mystics. It's less about the path you take, I think, than it is about the place you want to arrive. All the guys shown above would certainly agree with another pretty cool cat, a scholarly anthropologist named Joseph Campbell, who advised us to "follow your bliss."