Grumpy Geezer Monday is an ongoing feature dedicated to the acknowledgment that, no matter how serene our hopes and aspirations, occasional surlines is a part of life that better faced head-on rather than ignored....


On this Monday, I (Mercurious) finds myself grumpy about....

Grumpiness itself. It takes me the better part of a weekend to decompress from work and fully relax, and the ramp up to the workweek which begins about 9:00 Sunday night reaches a peak on Monday morning, when all manner of innocent things have the power to irritate me. To wit: 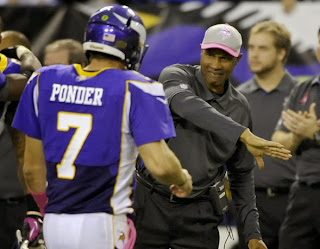 • The Minnesota Vikings. With a good draft and last year's late season success to build on, the hometown team has opened the season 0-3, and lost yesterday to a team roundly believed to be a preseason favorite to finish dead last in their division. Patience is a virtue, I know....but not for an NFL coach facing a team completely lacking in passion and fire and leadership. No wonder I'm grumpy.

• Al Shabaab terrorist in Nairobi, Kenya, who have killed up to 70 people in a shopping mall. Kenya in recent years is something of a success story among African nations, having been relatively peaceful and prosperous since 2002 or so. But the nation's support of anti-terrorist forces in Somalia apparently puts them in the crosshairs of Al Shabaab, whose response is to attack a western-style shopping mall in the capital.  Religious fanaticism of all stripes makes me profoundly grumpy on this Monday.

• The 22-year old girl driving a red Audi S8 with vanity plates, weaving in an out of traffic on 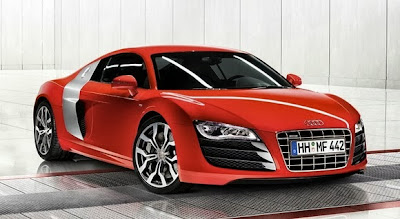 Lyndale Avenue like a banshee. Here's a car that costs more than the first homes that most of us owned, driven by somebody who must have borrowed it from daddy (or sugar daddy), who has done nothing whatsoever to deserve this level of wealth, and worst of all appears not to appreciate the driving experience, judging from the audible grinding of gears I hear. (Alright, so maybe this is partially just simple jealously. I asked to test-drive one of these once at an Audi dealer, and was told that I could drive anything else on the lot, including the TT,  but not the single S8 they had on the lot.)

• The self-centered candidate for my open Creative Director position, who, after wasting my time in early interviews, announces that he is unwilling, after all, to relocate to take the job. Dammit fellow, you couldn't have told me this three weeks ago so I could focus on a legitimate candidate?

Thank you for listening. Having vented this bile, perhaps I'll now be able to appreciate a fine sunny autumn day on a lunchtime walk along St. Anthony falls in downtown Minneapolis. Life is good, after all. Just not always on Monday morning.
Posted by The Geezers at 7:20 AM 5 comments: