Evolution, No Longer a "Theory"

Nothing has infuriated me more over recent years than the belief held in some quarters that "evolution" is an interesting theory, but not one that has been proven scientifically. Something called "intelligent design" is sometimes held up as an equally likely truth for how species—and specifically the human one—came to be in its present form.

In the following paragraphs, I will now demonstrate for all time that evolution is a true principle; and also that it operates both in living, reproducing organic species, and also in objects previously thought to be inanimate.

I direct you to the silverware drawer and cutlery collection in the Mercurious household.

Now, Mrs. Mercurious and I, in 33 years of marriage, have only every owned two sets of dinnerware. (Mrs. Mercurious might be embarrassed to let Geezerette friends know that we are so severely handicapped in the cutlery arena, but suck it up, I say, this is science. She would also want me to polish up the good silverware before photographing it, but here too, the speedy needs of science triumph.)

Like many families, we have one set of everyday cutlery that is used 99% of the time and which goes through the dishwasher regularly. We also have a set of "good" flatware that comes out on special occasions and gets washed by hand and carefully put away after each use. 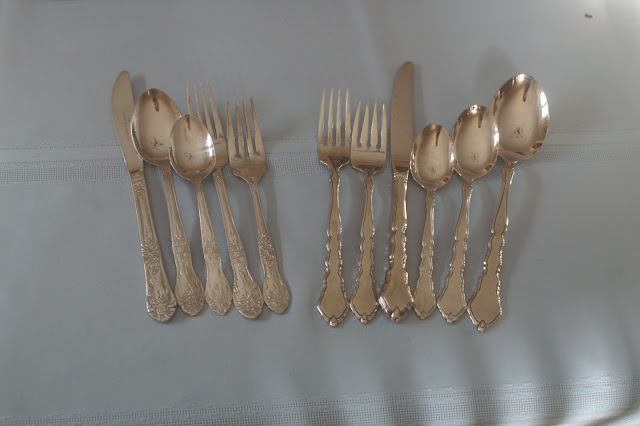 A closeup of the genetic markers, the handle patterns, shows there are two species, and two only,  present here: 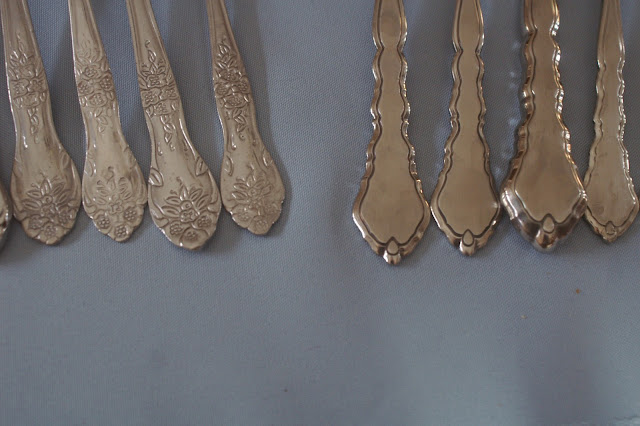 Mind you, these are the only two sets of flatware Mrs. Mercurious and I have ever owned.  But within that very same silverware drawer, you can identify the following random selection of offspring, each with a distinctively different look and feel: 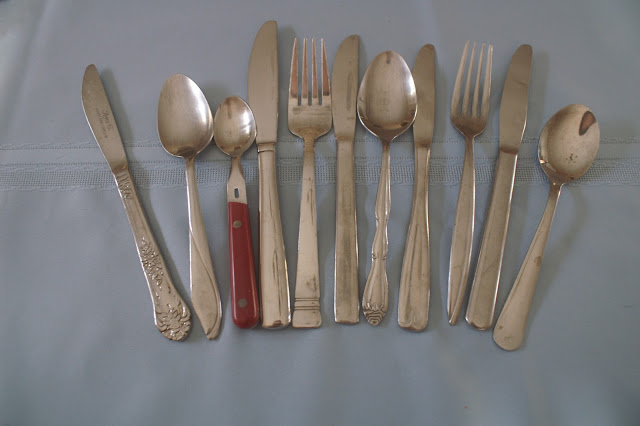 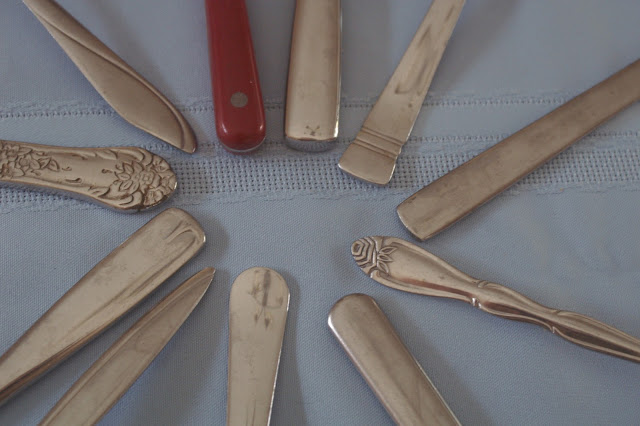 Mrs. Mercurious will argue that in 33 years, these assorted orphans have been abandoned by friends, neighbors and strangers who may have accidentally left behind cutlery during visits. This strikes her, I guess, as a more comfortable explanation that the genuine magic implied. But while visitors have left cell phones, liquor, gloves, scarves, etc. behind at our house, I myself rarely travel around with flatware that might be misplaced. So I find it beyond the realm of probability that random forks and spoons have slipped out of vistors' pockets or purses to gradually populate our kitchen drawer.

No, it is not migratory behavior we are witnessing; what we have in our silverware drawer in the Mercurious house is incontrovertible proof that simple parent cutlery can gradually give rise to all manner of genetically evolved offspring. I would also argue that this study may also be the definitive disproof of intelligent design as a concept: there is nothing whatsoever intelligent about this strange collection of knives, forks, and spoons.

I am now off to do an analysis of mysteriously orphaned socks abandoned over the years in our laundryroom, to see what more can be learned about this newly proven science of evolution.