Don’t Trust a Geezer Who Doesn’t Believe in Santa Claus.

—the article contributed by The Professor™—

I have a number of identifying characteristics that let me identify parents who “get it” and distinguish them from those who “don’t get it.” People who don’t get it let their children win games, for example; they actually TRY to provide their children with the latest in fashionable clothing; they feel obligated to pick up their children from school if it is raining; they make extensive use of their cell phone “family plan.” And parents who don’t get it are also “honest” about Santa Claus, earnestly discussing the “truth” of the matter with their youngsters at the earliest sign of a question. The thinking is: “if we lie to our child about Santa Claus, how will they ever trust us to tell the truth about other matters?”  It sounds fine, but the ramifications of such thinking are significant indeed. 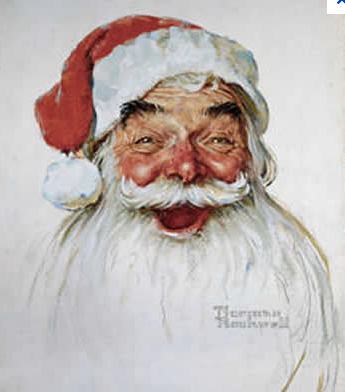 Children need Santa Claus not because he is real, but precisely because he is so extraordinarily, gloriously false—fake, even.  Can there be anything more unbelievable than a fat guy who lives at the North Pole and who builds toys with the help of an army of midget manufacturers?  But it is this sublime subterfuge that makes Santa such an essential element of growing up.

A belief in Santa is often the first firm belief that a child has in something that is clearly destined to disappoint. The realization that “there is no Santa” is one of the first steps on the maturational ladder that eventually leads to a fully realized, adult understanding of the nature of being.  The pattern is this: a child believes fervently that something is true (in this case, Santa); the child learns that what he has been told is not “true” (ie: there is no Santa); the child grows up to realize —despite their disappointment regarding the absence of an actual, factual Santa Claus—that the poetic, “spiritual” nature of Santa is indeed a real, almost palpable virtue, without which life would be much less rich.

Establishing this pattern is of the utmost importance.  Pity the poor individual who grows up believing that that there is no value in the non-factual, and that anything not literal should be rejected out of hand.  Children, with the help of tolerant and enlightened parents, grow up believing in Santa Claus.  About 8 or 9 years of age, usually, they realize that Santa does not exist in a literal sense.  Big disappointment follows instantly.

Essentially, it is a preview of many of the disappointments eventually faced by any thinking person growing up in our world of facts, names and dates. But gradually the disappointment then leads to something even better.  Something happens as our child grows up and matures: he realizes that there really IS a Santa Claus.  People really DO treat each other better at the holidays; people really DO look for ways to reach out to those they otherwise would ignore; people really DO pay more attention to the ideal of “peace on earth, good will toward men.” (Even if it is often just for a few weeks.)

In other words, the fully mature child realizes that the disappointment of losing Santa Claus can be overcome by a belief in a poetic Santa: the embodiment of a season filled with inexplicable beauty and generosity. The mature “child” looks around at the holiday season and knows—beyond doubt—that something special happens that is beyond the realm of literal explanation,  but which is still significant and worthy of celebrating.  In other words: the child has grown up.

One is sport.  Many children grow up encouraged by various parties to think of athletic success as something guaranteed to bring a future of amazing achievement and possible material wealth.  It usually doesn’t work out that way, and many young people are left with a sense that the “sports” Santa just didn’t bring them the right presents (they didn’t get that scholarship they deserved.) 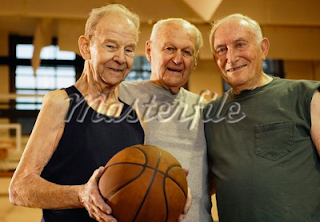 The transition between thinking sport is all and realizing that it is just one factor in a life well led is a lengthy one for many of us to make (some never do). And for those that do accept the disappointment of failure in sport, some utterly reject all competition as a deceiving fraud, a holy grail that promised more than it delivered.  Not everyone is able to complete the journey and find the symbolic “santa” of sports—the ideal of investing your all in something beyond yourself. People who get it as regards the poetic truth of Santa Claus may also get it when it comes to understanding that sport has a value beyond fame, fortune and glory. It is an organized, artificial mechanism by which your best is drawn from you.

And then there is yet another type of “santa” cycle—your relationship with parents.  Many children grow up thinking of their parents as something nearly unreal and certainly idealistic.  And much like the realization that there is no Santa, the realization that your parents are just people comes as a startling shock to many maturing children. 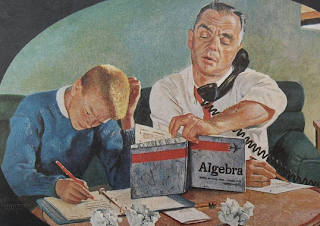 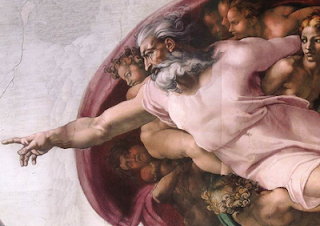 And finally, there is the “granddaddy of them all” as far as THE Santa cycle is concerned: God.

Many of us geezers grew up in a religious environment that included personified deities and literally presented doctrines that were comforting in their clarity, simplicity and definition.  Many of us took this at face value and were then disappointed when confronted with evidence that much of this was just so much silliness, overstatement or—at worst—outright blatant manipulation.  But those who grow to religious maturity realize that there is also an intangible, interpretive side to religious thought that contains poetic truth allowing for a much more fulsome and personal engagement with issues of transcendence.

The word “God” may always come with an abundance of baggage, and may seem a bit overstated, but as an evocation of an order of things characterizing the universe we want to be a part of, it can be of occasional and unique use.  Most people don’t get angry when they see a fake Santa helping to sell goods in a shopping mall.  They’ve grown up and view such pretence with an appreciation of the intangible, long-term values that are being communicated (despite the cynical setting).  Many people—helped by the Santa cycle—are able to get beyond the cynical, manipulative use of “God” that is so often observed and appreciate how a sophisticated religious vocabulary can help when facing events in life for which there are no other words.

Having reached a certain point in life, geezers are not fooled by first impressions.  They believe that the most important things are expressed poetically and have symbolic, not literal, truth. They are skeptical of dogma, but realize that firm belief is just a way-station on the road to a more mature, enlightened understanding.