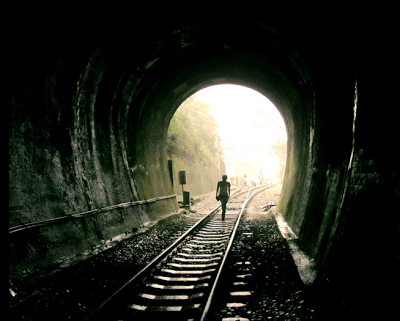 Now that the spring has finally come to Minneapolis, new characters have reemerged on the early hours of morning in downtown. I sometimes see them on those mornings where I go to the office very early.

On mornings when I exit the 4F bus near my office shortly after dawn, they rise ghost- like from the freight track canyon that runs into the east side of downtown from the north and south. Sometimes it is literally up from the mists they rise, one, two or sometimes three purposeful, mysterious human figures. Where these wanderers are going is unclear, though logical destinations might be the either the downtown bus depot  or perhaps the industrial area that blankets the gritty midway zone between Minneapolis and St. Paul. The midway district is where other freight train highways come in and out of the metro area.

It's not exactly fair to think of them as hobos or tramps, because they look a little more like modern cowboys, with their jeans and boots and stetson hats. But it's clear they carry all their worldly belongings in expensive but well-worn backpacks as they drift across the countryside. They are indeed homeless, but homeless in a much different way than the unfortunate, often mentally-ill beggers you see more frequently on  city streets everywhere. 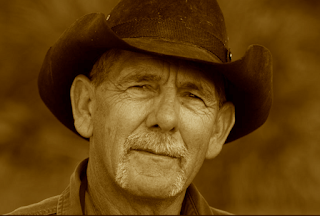 These modern nomads are simply dressed but manage to stay relatively clean and neat in appearance, and the odor you catch as you pass them on the street isn't unpleasant at all: they smell like the prairie, like the desert, like the alfalfa fields. They carry the atmosphere of wherever they've just come from. And unlike the unfortunate street beggars, who don't really look at you at all unless they're actively pleading for coins, these fellows have a slightly jaunty, fearless air about them. They stride the streets with shoulders back and wide, and they will meet your glance willingly.

It seems unfair to even think of them as drifters, as there is nothing shiftless about the purposeful pace with which they march across the city in the early mornings. I always imagine that they are migrating across the land following seasonal work patterns, but I don't know for sure. Some may be headed for work up for that recent mecca—the new oil-field bonanza in North Dakota. By 7:00 am, they will have vanished; like rare birds, they are visible only in the early hours.

One morning as I turn the corner for the final leg up First Avenue to my office in the Wyman Building, one of these fellows tips his Stetson in greeting as he passes me on the street. "'Ello there, friend," he says to me in a slightly sing-song voice . "Isn't it just a fine morning, then?" There is no trace of irony. He's indeed simply pleased to be roaming on foot on a fine early June morning, happy to be just about as free as is humanly possible. 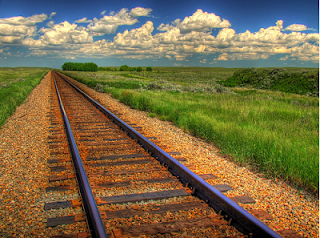 the intersection. He's waiting for the green light in order to cross the street legally, even though there is nary a vehicle to be seen at that hour.  How, I wonder, did this fellow make his way from a distant British nation to our city?

In my mind's ear, I've been giving them all the drawl of the American Southwest. But the fact that all along I've been imagining this incorrectly makes the world seem all the richer, somehow. Fiction just isn't nearly as fine as a full experience of the here and now.
Posted by The Geezers at 4:57 AM 7 comments: