Inside the Geezer Studio , part 1 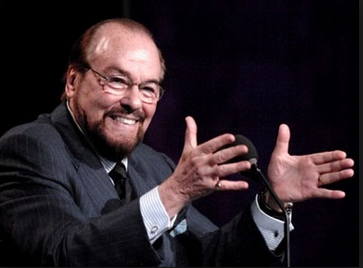 James Lipton:  "Good evening. I'm James Lipton, and this is Inside the Geezer Studio."

(Audience applause, while Lipton nods and smacks his lips with self satisfaction)

Lipton: "In the space of only a year now, Old Geezers Out to Lunch has entirely revolutionized the digital blog world. More than 2 billion people across the globe visit Geezers daily, hoping for new wisdom, and there is, literally, no city, town, village or hovel on earth where an on-line visitor does not log on at least once each minute. The American Medical Association has established a new category of addictive disease classification for on-line readers who are obsessed with Geezers, and Pew research organization now has a dedicated staff that does nothing but read Geezers for insight as to what is really true in the world.

"But just who are these mysterious Geezers, the middle aged fellows who have become the internet's—no, mankind's— most influential human beings? Who, indeed...

"Tonight, you will begin learning exactly that....in the words of those who know the Geezers best. This series will use a different interview technique, in which we'll speak not to the Geezer being examined, but the three other Geezers. We will, therefore, present you with a series of four programs, each one examining a single Geezer through the eyes of the other three.

"We welcome to our stage tonight Mercurious, Dr. Golf, and the Professor. Tonight's subject, obviously, is that Geezer known as.....the Mathematician!"

Lipton: "Geezers, I, along with all of America, would like to know how you first met the Mathematician, and what your first impressions were?"

Mercurious: "It was a little earlier for me, in fifth or sixth grade when I met Math, which would have made us 11 or 12 years old,  I guess. Math had transferred from another town to our class. He was a bit on the nerdy side, but his impressive intellect was evident even then."

Lipton: "Was your friendship—some might say bromance—instant, or did it evolve?"

Professor:  "'Evolving' isn’t precise enough as a term…he’s like the ocean: always changing and always the same…"

Mercurious: "It took a little while to become fast friends back in elementary school, for we weren't used to having another challenging intellect in our midst. So there was a bit of envy at what was clearly a rival in the brain department. At our elementary school, he quickly became evident as one of the top two or three intellects. Though that's mostly a testament to how frickin' stupid our school was. "

Mercurious: "Big, and brittle. It seemed like Math was breaking another bone—a finger, or wrist or collarbone—every other week on the playground."

Professor:   "Has he grown up?  When did that happen?"

Lipton: "What is the thing you admire most about the Mathematician?"

Mercurious: "Probably his culinary skill. That and his clear devotion to family and friends, which is notable and Herculean. Also, I admire his beard. He grew it first at age 7, and although it went fully white by age 10, it remains a model of dignified whisker display. "

Professor:  "Hey, I’m a theatre guy…anyone who can add two plus two (and come up with the correct answer, I might add) is impressive."

Lipton: "What do you most detest about him?"

Mercurious: "Good God, where do we start?"

Professor: "In the popular board game of Risk, which the Geezers play obsessively, the Mathematician has a fondness for the Southeastern strategy which—while being understandable, is irritating.  Detest might be too strong, though."

Lipton: "If the four of you were to be a rock band, who would it be?"

Mercurious: "Probably the Traveling Wilburys. Old coots with a fair amount of talent who get along pretty well and seem to have set ego aside. Except for the fact that we're all alive, and half of the Wilburys are dead."

Professor: "Well, there’s only one real contender when you talk about 4-person rock bands.  The mathematician has the soul of a bass player, but he is cute neither while shaking his head back and forth (ala McCartney) or standing still (which he does well when inspired."

Lipton: "What is the single thing you'd like to say to the Mathematician that you've never uttered?"

Professor: “I'd point out that he's not the only one who can do calculations…I know darned well that 2 plus two equals five…it’s just not that hard to do that kind of thing."

Mercurious: "I'd confess that long, long ago, I once dreamed about having hot monkey sex with one of his sisters. And it's not the one most people would expect."

Lipton: "If you were on a desert island, or incarcerated in the same cell with the Mathematician, how long do you think it would take before genuine man-love became a reality?"

Professor: "On a desert island there would be Mary Anne, so he wouldn’t have a chance…Being a pal (I emphasize PAL!) I’d let him approach Ginger and see how she would respond.  Hard to say with prison, but he looks terrible in orange, and horizontal stripes don’t help either.

Mercurious: "Professor, are you seriously pretending to have forgotten? That question has already been answered for all of us. Back in 1976."

Lipton: "What is the thing you know about the Mathematician that he would most like you to keep secret?"

Mercurious: "Sorry, Lipton, but not even I will stoop that low. The Mathematician knows what it is, though, and how much he needs to pay me for continued silence."

Professor: "I’m thinking about that secret right now, and it’s a doozey, that’s for sure.

Lipton: "If the Mathematician were a flavor of food or drink, what would he be?"

Mercurious: "Mushrooms stuffed with some kind of delicious shrimp."

Professor:  "A Smith and Kerns cocktail: sweetness of crème de cacao, the slight density and smoothness of cream, and the liveliness of sparkling water."

Lipton: "If the Mathematician were a psychiatric diagnosis, what would it be?"

Mercurious: "That's easy: OCD. With a side order of gender confusion, because of growing up with all that estrogen floating around his house. "

Lipton: "If the Mathematician were a tree, what kind of tree would he be?"

Professor: "Maple tree…you’re tempted to think he can be sappy at times, but at the end of the day, he’s just plain sweet."

Lipton: "If the Mathematician were a wild creature, what would he be?"

Mercurious: "He's a shelled creature from the Galapagos islands. Wise, impervious to pain and insults, and oh, so methodical."

Lipton: "If the Mathematician were a liquor, what would he be?"

Mercurious: "He'd like me to say Stagg bourbon or something lofty like that. But I say Creme de Menthe."

Professor: "Have to give him his preference of Bourbon…He used to be corny, but time has mellowed him into a real treat."

Lipton: "What is the Mathematician's favorite curse word?"

Professor: "As followers of the site might guess: “Religion.”

Lipton: "Assuming there is a God, when meeting him at the pearly gates, what would God say to the Mathematician as he arrives?"

Mercurious:  "No, I think it will be the Old Testament guy who greets Math. 'Begone, infidel!'"


Lipton: "Dr. Golf, your silence is both intriguing and annoying, I must say, though your facial expressions indicate plenty of inner commentary occurring while the Professor and Mercurious participated so fully. Anything you'd like to add, though, at the conclusion?"

Lipton: "All right then, perhaps at the next installment of Inside the Geezer Studio, we'll examine you through the eyes of your fellow Geezers. Until then....

"This has been Inside the Geezer Studio, with me, James Lipton."