—This article contributed by The Professor—

When the Puritans seized power from the English monarchy, one of the first things they did was close all the theatres.  On the heels of this edict, much of the priceless stained glass that adorned English churches and cathedrals was destroyed under the justification that it was idolatrous.  In short, the Puritans obtained power, and they were not shy about imposing their view of things on the world of their time.  After all: salvation was at stake!  The Puritans have received “bad press” over the years, which can overshadow the fact that here were energetic, sincere, intellectually vigorous people, who made significant personal sacrifices to further their vision of a world in which the “proper” order of things was created and maintained.

Today we have a new form of Puritanism.  It is nothing if not sincere; it is characterized by a high level of intellectual energy; and its copious idealism and vigour is employed in the pursuit of a form of salvation: the life of this planet. 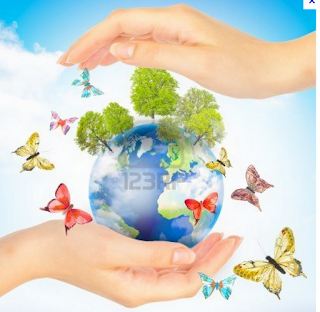 Yes, I am referring to the confident, intelligent, striving zealots of today:  the broad coalition of activist groups that might be referred to as the climate change movement.  They share many of the admirable traits of Cromwell and his lot, but—perhaps inevitably—they can display some of the downsides of zealousness as well:  judgmentalism; intolerance of opposing viewpoints; a penchant for overstatement; and a confidence in their own point of view that can border on hubris.  We all can show these characteristics when we feel strongly invested in an idea, but there is something “special” about a movement which undoubtedly considers itself liberal, but which exhibits many qualities similar to the “granddaddy” of all intolerance: the Puritans.

Of all the things we think of when we think “Puritan,” one of the first is the Puritan Work Ethic.  The most important thing to learn about this influential social legacy is that—according to the Puritans’ protestant theology—it was NOT work that was going to win you salvation. [Much to the contrary, these Protestants most energetically protested the Catholic idea of “salvation through (good) works.]   Since salvation was achieved through grace alone, the important thing to a Protestant was having evidence that you were a recipient of such grace.  And what evidence did they aspire to accumulate?  Wealth, gained through hard work: not for wealth’s sake, but as a sign that they had received God’s grace and therefore were among the “chosen.”

Fast forward a few hundred years to the turn of the millenium, and we could see another interesting race to display one’s “chosen” status.  Two manufacturers of roughly equal reputation and roughly equal customer loyalty came out with progressive new automobiles employing hybrid technology of roughly the same type at roughly the same cost.  It was a huge leap forward for the “green” technology movement, and one assumed the sales of the Toyota Prius and the Honda Civic Hybrid would eventually be roughly similar.

But then something happened to distinguish these two otherwise similar green vehicles: Honda felt customers would prefer to avoid the bulky, boxy rear-loaded look that many earlier battery-intensive vehicles had sported; it’s design team combined a brilliantly engineered smaller battery with a creative approach to the rear end of the vehicle and created a hybrid Civic that looked notably similar to a “regular” Civic.  Mission accomplished (and an impressive mission it was.)
Meanwhile over at Toyota, a bold choice was made to display the difference, to make a virtue of necessity and design a vehicle that wore its battery and hybrid status on its figurative sleeve.  Along with the distinctive look, a distinctive name.  The rest is history: In the three years following both models being introduced to the market, the Prius outsold the Civic hybrid by a factor of almost 3 to 1, inducing product shortages and waiting lists.  It became a cultural phenomenon.

Market researchers were—not surprisingly—anxious to determine how such an unexpected market phenomenon could occur.  They should have consulted John Calvin.  Overwhelmingly people, when surveyed, indicated a wish to be seen as driving a “green” vehicle by others.  Resonating with the Puritans, the car itself was not considered as important as what the car conveyed to others: Prius drivers were obviously one of the chosen, and it was important for others to realize that.

There is another more contemporary parallel between religious zealousness and the rhetoric of the sustainability movement.   Can there be a more bold, overstated claim to importance than “save the planet”?   The stakes are, of course, high (as they were in the 70s when there were confident warnings of a “perpetual winter” caused either by nuclear generated dust or by accumulated particulate matter in the atmosphere.)

But motivating people to do the right, moral thing under the implied threat that the planet will die otherwise makes me think of the way fundamentalists seek to induce young people to do the right, moral thing in their sexual relations.  In the more conservative, intolerant subcultures across the U.S. it is not uncommon—in our aids-aware culture—to use a similarly overstated scare mongering as a cornerstone of sex education (when it is present at all.)  The basic idea: if you have sex you’ll die.  A basic, overstated, fundamentalist way of looking at things, nominally and bombastically? based on “science”—but no better for inculcating a thoughtful approach to a wonderful expressive act than “save the planet” rhetoric is to encouraging thoughtful environmental stewardship.

So, you may well be asking (and rightfully so): what’s the point—that environmentalists are bad people?  Far from it.  Thank goodness there are thoughtful, sincere, intelligent people on hand and observant enough to call our attention to the fact that we have lost our way in relationship to the planet we have been given to steward.  And thank goodness that there were thoughtful, sincere, intelligent people who called attention to the fact that the Catholic church had seemed to have lost its way in terms of articulating and expressing our relationship to the divine.

The point in both of these cases is: we need to guard against an impulse toward eliminating alternative points of view (one of the central issues in the “climate gate” e-mails unearthed two years ago.)  We need to be appreciative but be wary of energetic true believers (To a hammer, everything looks like a nail; no reason to dislike the hammer, but be wary if your hammer wants to ban the staple gun from your toolbox.) In short, we need to exercise a respectful scepticism toward these valuable, self-sacrificing idealists.  We should value them, by all means, but when they come for the stained glass, we need to be ready to push back.
Posted by The Geezers at 10:19 AM No comments: