—Publisher's note: To the uninitiated....the Geezers Emeritus have had a long-standing series of gaming battles conducted in an on-line battlefield designed to resembled the old board game, Risk. Dr. Golf is our historian of these battles, and following is the result of the latest battle— 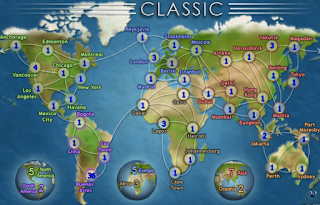 With one of the most daring attacks in recent memory, Dr. Golf, in a single turn vanquished his foes, eliminating Mercurious and the Mathematician, and reducing the Professor to English cream.

Like Angela Merkel on Greek debt, Dr. Golf was ruthless and wondrous, uncompromising and unsympathetic. Would that there could be more action heroes like our stunning Dr. Golf. In a game regrettably won more and more by sluggish bureaucrats who eat porridge and slurp weak tea, our Dr. Golf slashes and dashes about on a steady diet of red meat, martinis and dark Cuban cigars.

When he finds time for rest is anyone's guess, but one can only imagine that his time in bed isn't wasted on sleep. Maybe Dr. Golf could address the sluggish world economy before the next game consumes his undivided attention once more. The world can only wait and we can only dream.
Posted by The Geezers at 2:24 PM 1 comment:

Geezers in the Land of Women 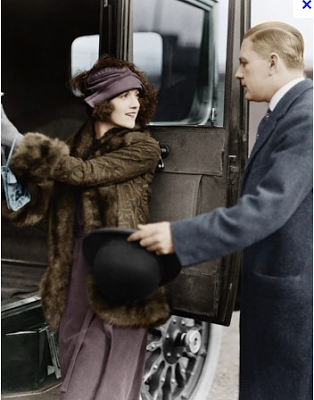 Being a man is not easy, though the Geezer wives might say otherwise. But I must say, that being a man in the world of women gets a little easier as you enter the Geezer years.

It was damned hard as a younger man to gauge just what the proper behavior was for any given moment, as the trends for acceptable, politically correct behavior shifted quickly in the strident 1980s and 90s.  I remember being in graduate school, for example, at a time when you were taking a serious risk by opening the door for a woman, or offering to vacate a seat on the bus so a woman could sit down.

At the time, such behavior was viewed as an insult—a not-so-subtle statement that we as men saw women as physically weaker and inferior, requiring our deference and care. Not all women viewed things this way, of course, so it was terribly challenging to know how you should behave. I remember Ralph, my office mate in graduate school, telling me that he used the presence of armpit hair to gauge this. If he sensed (or saw proof) that a woman failed to shave the underarms, you absolutely did not act with polite tradition, at the risk of verbal emasculation. But if you either saw, or sensed, a woman who did shave under the arms, you were allowed to behave like a gentleman.

It perhaps bears saying that Ralph did not have a lot of dates.

Young men today tell me that the problem still exists, though perhaps not to the same degree. Some modern young women still rather vehemently insist on being treated exactly like men are treated, while others have softened and find it polite and genteel for a young man exhibit this kind of behavior. So this is clearly a generational issue, not just a function of the times we live in. It's still hard for young men to exist correctly in female eyes.

It's much less of a problem for Geezer men, though, because as men age, pretty much all women chalk up displays of traditional social graces as being normal behavior given the old-time upbringing we geezer men experienced.  These days, I find that almost every young woman smiles in appreciation when a Geezer holds a door or gives up a seat; I have seen the same woman frown in disapproval when a young man behaves similarly a few minutes later.

Showing an hormonal appreciation of pretty women is a tricky thing for young men, too. We all remember years when we honed the skill of looking at pretty girls while pretending not to, averting your eyes when you sensed the woman's gaze heading toward your own eyes, stealing small quick glances rather direct stares, even appreciating the view through reflected glass rather than directly. A direct gaze is admittedly intrusive, after all, and pretty girls are always even prettier when they don't realize they are being viewed.

Flash forward 25 years, and you find that virtually all women are pleased, even charmed, by a well groomed, well-dressed Geezer who offers an appreciative glance delivered with a smile—provided it is not terribly lecherous. Dirty old geezers aren't appealing at all, but healthy ones are charming, apparently.

In the workplace, female colleagues of young professional men are often resentful of restrictions on them (often for rightful reasons, such as pay inequity and fewer promotion opportunities), and as a result all the men, even innocent ones, feel the effects of their struggle and resentment.

But by the time you reach Geezerhood, most of your contemporary female colleagues have long since realized that their foes in the workplace are just as often other women, not men exclusively.  That's not to say that workplace discrimination against women by men doesn't exist (it obviously does) but if you are a reasonable geezer that projects a sense of fairness, most women will now treat you as an equal, not a potential slave-master. They no longer make you pay for institutionalized injustices for which you are not responsible.

As a sign that things are definitely different for Geezers, at lunch yesterday I approached a department store door, and realized that approaching from the opposite side was a woman with a highly political, radical bent to her. She wore short, spiked hair, studs in her ears, a surly look, and a sleeveless T-shirt that read "Hands Off my Uterus, Asshole!" The furriness of her underarms was widely visible to the world. The coming social encounter would have been  terrifying to me back in the day, though the proper way to behave would not have been in dispute back then. In 1979, you would cast your eyes down, move by her meekly with nary a word and certainly not a glance.

I held the door for this young woman with a smile, standing aside as she passed through the door.

She smiled shyly, and actually gave something that vaguely resembled a bow as she moved by me.  "Thank you sir," the young tattooed goth  murmured. There was a faint blush on her cheeks. Immediately following was a very pretty woman, who smiled at the old-fashioned manners she had witnessed, then brushed by close enough to let me smell her perfume.

Yes, arthritic knees aside, in many ways I prefer the Geezer years.

Posted by The Geezers at 6:32 AM No comments: