—a short reverie from Mercurious—

Two weeks ago, I celebrated my 57th birthday, which was of course followed by Christmas. While many aspects of progressing through middle age aren't all that appealing, there is one that is better.

Dads who have reached the Geezer years get better gifts. 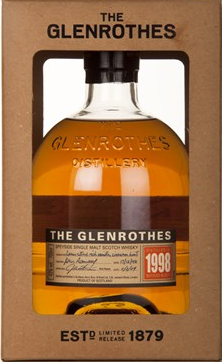 This might seem counterintuitive, as one thing I've noticed about growing older is that most of us don't want any more stuff. I spend a lot of time these days trying jettison crap from around the house, and I have a rule of thumb nothing comes into the place unless two things leave. In my old age, I've become the opposite of a hoarder. One of my heroes is my wife's grandmother, who, when she died at age 103, could pack up her entire collection of belongings in two small cardboard boxes. A very admirable thing, to lighten your load as you prepare for the final dirt nap.

So you might think that I'm a very difficult guy to shop for, since I don't really want any more stuff. It's actually quite the opposite. These days, I'm quite delighted by four relatively transient and ephemeral things: a dinner or movie out with the immediate family; kindle books (they take up no room at all, blessedly, and I can share them with the entire family); classic movies on blu-ray disk (they take up not much space at all) and a decent bottle of single-malt Scotch (which is, alas, exceedingly temporary and never lasts any time at all).

I scored a trifecta over this holiday, with a boisterous and good-humored birthday dinner out at a good pizza joint with half-price drinks, a boxed set of all the James Bond films on blu-ray, and a nice bottle of surprisingly good 14-year-old Glenrothes Scotch.

Now, I surely enjoyed birthdays in the years where the kids were younger, but it was celebrating the other birthdays in the family that was more fun than celebrating my own. The reality is that once your kids are older and your spouse has given up trying to change you, everybody has come to know your peculiarities a little better, and they rarely give you ties or sweaters that you'll never wear.  And as my kids pointed out, it was hard for them to buy Scotch when they were 8 and 12 years of age.

A peculiar paradox:  wanting less means you get more from life. Excuse me now. A wee dram of the good stuff awaits.
Posted by The Geezers at 6:52 AM