Up until recently, Geezers felt that there was only  one true cinematic James Bond. That, of course, was Sean Connery. Timothy Dalton and even Pierce Brosnan had their moments, but were still pale imitators. We won’t even talk about Roger Moore, who was an embarrassment to male Geezers everywhere.

With the third installment of the latest rejuvenation of the franchise, though, we now have a completely suitable James Bond in the person of Daniel Craig. He’s not only a fine actor, but is also of an age where he can contemplate his coming Geezerhood. For this reason, along with a great screenplay and terrific direction, Craig’s portrayal of Bond is laden with depth and dimension.


There’s no point in spoiling any of the plot points, but suffice it to say that this storyline borders on the semi-plausible, which will please those of us who were mightily disappointed in the absurdity of Film #2 of this franchise. Our story is essentially about the conflict between traditional gimmickry and spy-craft vs. modern high-techn nonsense, and geezers will be pleased that tradition wins out here.

The film is much helped by a world class director in Sam Mendes (director of American Beauty, among other fine films), who lends a stylishness to the composition and lighting that makes the film a treat to the eyes, as well. 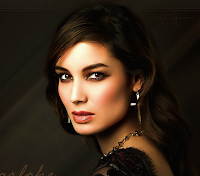 The requisite Bond girl of mystery is played by Bérénice Lim Marlohe, a French actress who seems quite promising here. Alas, we see little of her, and that marks really the only disappointment at all in this movie.

Skyfall very clearly aims at continuing this new franchise, and does this by cleverly renewing key roles of M and Moneypenny.  A great villain in Javier Bardem, a great theme song by Adele...the satisfaction offered here is deep indeed.

Overall, this movie may well be the very best of all Bond films. That’s going some, as Goldfinger for me was the standard against which all others are measured.