While we Geezers often joke and lament about the weather up here in the northern tundra, we also take a good measure of pride in our sturdiness and background. Even the Geezers who are now far-flung to different regions of the country and world think of themselves, at heart, as Midwesterners,  and we take pride in the quality of our artistic community, which is largely a secret to the rest of the world.

Within an hour of our small hometown, Minneapolis,  the only real Midwestern metropolitan area north of Chicago, has well under one million people in the entire core metro area, yet has a quite robust culture that includes all major professional sports (bad though those teams are at the moment), as well as world-class theater, art galleries, dance troups, Universities, music,  museums and zoos. It is quite a secret that this little center for culture exists, and it always surprises the lofty visitors from the coasts to discover this. I've now traveled a good amount of the world, and while I do find other areas that have these cultural gems in larger volume,  there's really almost nothing that our little city lacks in the way of essential culture. 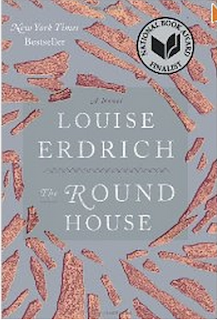 This little mecca was within easy reach as we grew up, and by the time we were sixteen years old with drivers' licenses, we were able to venture out from  our little northern Mayberry whenever we wanted and get to the City to see Reggie Jackson when the Oakland A's came to town, see the Rolling Stones when they toured, catch a touring performance of Man of La Mancha when it arrived from Broadway.

Quietly, Minneapolis and Minnesota itself has also developed quite a reputation for literary excellence. Yesterday, local Minneapolis authors Louise Erdrich and William Alexander won two out of the four National Book Awards issued this year. Go here for the story.

National Book awards have become a common occurence up here. We don't know exactly why Minnesota has this literary excellence, dating back all the way to Sinclair Lewis and F. Scott Fitzgerald. But it may have something to do with winters so long that curling up to read and write books is the only logical escape. I highly suspect that Sinclair Lewis' Mainstreet must have been written one of those years where winter lasted from Halloween to the following May Day.